Delighted to welcome Dr Deborah Reid, a garden writer and historian, as Guest Blogger this week.

Scotland, even more than England, has regarded horticulture very much as a man’s world.

I stumbled across Dawn Macleod’s work quite by accident but it quickly proved to be a catalyst for my deepening interest in gardening women in Scotland. Having read the traditional narratives of both British and Scottish gardening history, I realised how few women in general, and Scottish women in particular, have been recorded within the canon, in sharp contrast to the coverage and acclaim accorded to Scottish gardening men.

MacLeod was one of the first garden historians to focus specifically on women gardeners in the 1970s and her feminist desire to rescue them from obscurity anticipated my own. In her two publications, The Gardener’s Scotland and Down-to-Earth Women, she highlighted the work of notable women gardeners, including several examples of Scottish women, but her treatment of them often raised more questions than answers.

I wanted to find out whether the handful of Scottish plantswomen that she had uncovered were the only examples, or whether there were others who were doing more than just working within their own gardens. Were there actually women in Scotland operating within the public rather than private sphere of horticulture? If so, what contribution did they make?

My first challenge was to track down these women that horticulture had forgotten, a task made all the more difficult by the lack of documented evidence. This meant days, weeks, months and then years spent in museums, libraries and archives sifting through newspapers, telephone directories, botanical journals and horticultural magazines. Newspaper appeals led to important leads but often luck played a major part in my research breakthroughs. Discovering a letter in a local history archive, for example, or tracking down distant relations of Scottish gardening women, helped me to piece together glimpses of their lives and work until a picture emerged of women who cultivated, collected and contributed to horticulture in Scotland.

Here is a selection of some of the women I unearthed.

Christian Ramsay, Countess of Dalhousie (1786-1839), balanced her role as Governor’s wife and mother with a love of flowers and nature. A self-taught botanist by necessity, as higher education was an all-male preserve, Lady Dalhousie accompanied her husband on postings overseas where she made extensive collections of rare native plants in British North America and India in the 1820s and 1830s. She sent home detailed letters to her family in Scotland revealing the extent of her plant collecting activities at a time when the botanical exploration of the British Empire was largely unchecked. Lady Dalhousie’s East Indian collection of dried plant specimens can still be seen in the herbarium at the Royal Botanic Garden Edinburgh where they form part of a collection of national importance, still used by taxonomists today. 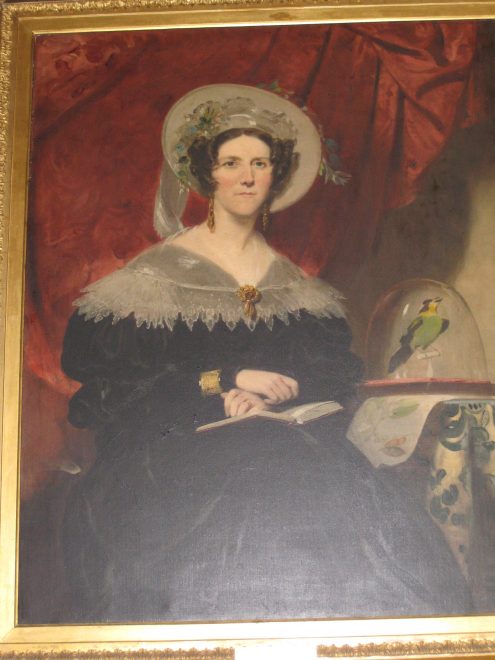 In the mid-19th century, Frances Jane Hope (1822-1880) was advocating naturalistic plantings and complementary colour schemes long before the English gardener, Gertrude Jekyll, made them famous, and yet her work is all but forgotten. From her home at Wardie Lodge in the Trinity area of Edinburgh, Frances Jane Hope wrote about her garden with such skill and enthusiasm that more than 50 of her articles were published in two of the leading gardening periodicals and widely read by amateur and professional gardening men. A collection of her work entitled Notes and Thoughts on Gardens and Woodlands was published posthumously in 1881. Frances Jane Hope’s use of ornamental coloured kale in the winter garden influenced garden fashions of the day, whilst she spent hours making posies from her hand-grown flowers and herbs for distribution to the city’s sick and poor.

Mary Elizabeth Burton (1865-1944) was the only woman I found in the course of my research that successfully made the transition from amateur to professional status by the close of the 19th century and she is distinguished for becoming Scotland’s first female head gardener. In a career that spanned four decades, Mary was initially invited by Dr Joseph Bell and Dr George W. Balfour, who had set up a private mental hospital at the estate of Mavisbank in Lasswade, to interest their lady patients in gardening as a cure and was so successful that she was appointed head gardener in around 1897. She was an expert on the cultivation of potatoes, became the first female president of the Scottish Horticultural Association and was the first woman in Britain to be made an Associate Honour of the Royal Horticultural Society. 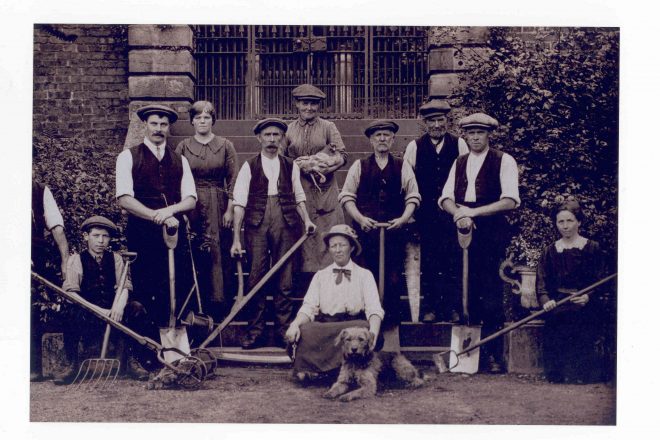 In the case of Isobel Wylie Hutchison (1889-1982), I owe a debt of gratitude to her best friend, Medina Lewis, who made sure that the adventures of this intrepid plant collector and arctic explorer were not forgotten by gifting her photographs, correspondence and memorabilia to the National Library of Scotland. Isobel was lucky enough to combine the two passions in her life – plants and arctic exploration. From early walking tours in Iceland in the 1920s to plant-hunting expeditions in Greenland, arctic Alaska and the uncharted waters of the Aleutian Islands, Isobel collected seed and live plant specimens from hundreds of arctic species of alpine plants and sent them to the Royal Botanic Gardens in Kew and Edinburgh. She also donated objects from her time in Iceland, Greenland and Alaska to the National Museum of Scotland, including this model oomiak (boat). 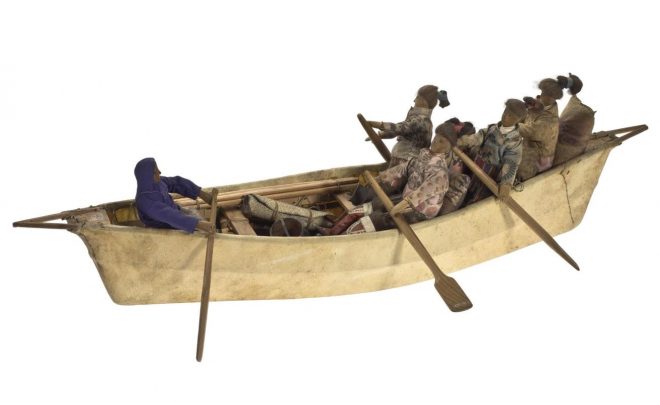 In recognition of her work as an explorer, botanist, writer, lecturer and artist, Isobel was awarded the King Christian X Freedom Medal by the Danish Government, and an honorary Doctor of Laws by the University of St Andrews – but no recognition from Scottish or British horticultural institutions. You can read more about her on the National Museums Scotland website.

Hardest by far to research were Annie Morison (1870-1948) and Lina Barker (1866-1929), pioneers of horticultural training for women in Scotland. Faced with misogyny and prejudice whilst working as female practitioner gardeners at the Royal Botanic Garden Edinburgh, the women founded the Edinburgh School of Gardening for Women in Corstorphine in 1902. It was the first and only example of its kind in Scotland. Driven by a feminist desire for equality, Annie and Lina dedicated almost twenty-five years to training women in all aspects of horticulture and many of those who graduated from the school went on to become head gardeners and nurserywomen.

Despite their elision within traditional narratives of garden history, these Scottish gardening women made a unique contribution and were instrumental in helping women to gain some acceptance within the very male world of Scottish horticulture.

Hoyle, Gwyneth, Flowers in the Snow. The life of Isobel Wylie Hutchison (Lincoln and London: University of Nebraska Press, 2001)

Hutchison, Isobel Wylie, On Greenland’s Closed Shore. The Fairytale of the Arctic(Edinburgh and London: Blackwood & Sons, 1930)

Hutchison, Isobel Wylie, North to the Rime-Ringed Sun. Being the record of an Alaskan-Canadian journey made in 1933-34 (London and Glasgow: Blackie & Son, 1934)

MacLeod, Dawn, Down-to-Earth Women: those who care for the soil (Edinburgh: Blackwood, 1982)

Sow seeds of optimism for the future

Should gardening gloves be gendered?